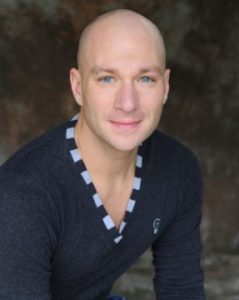 Chris moved to Austin Texas in 2016 and he is happy finding a new skating home at Chaparral Ice!  He began his career in the sport of figure skating in Oklahoma City in 1989.  He also attended the University of Central Oklahoma with a focus on Dance Education.  Since then he has evolved from an athlete into a coach, performer, and choreographer. He began instructing skating in 1994 in Oklahoma City and has trained athletes from the beginner up to the Gold and Professional levels.  Intermittently, Chris has travelled the globe choreographing for theatre, dance, and figure skating while also having the pleasure of working alongside legends in the sport, such as Michelle Kwan, Dorothy Hamill, Kristi Yamaguchi, and Scott Hamilton.

At the 2002 Winter Olympic Games, in Salt Lake City, Utah, Chris was part of the choreography team for NBC television’s coverage of the Opening and Closing ceremonies, assisting world renowned choreographers Sarah Kawahara and Kenny Ortega. The events earned 8 Primetime Emmy’s, including one for choreography. Chris has performed and choreographed for Disney On Ice, Holiday on Ice’s highest rated TV show ‘Skating with the Stars’, skated in Willy Bietak’s ‘Broadway on Ice’, Royal Caribbean’s  ‘Planet Ice’ and ‘Ice Under the Big Top’, ABC Television’s ‘Mulan on Ice’, and many others.  As a competitive skater, Chris competed through regional levels in freeskating, ice dance, and pairs while also qualifying for Sectionals in all 3 disciplines. He was also an alternate to the U.S. National Championships in pairs.

Chris has also made a home on the stage with an emphasis in musical theatre and modern dance.  His performances onstage have developed into production as a director and choreographer for various musicals, dance projects, and other theatre arts.

Chris specializes in choreography, freeskating (jump/spin) technique, moves in the field, ice dance/pairs/adagio skating, off-ice dance instruction, and professional show preparation. Chris has directed and choreographed OKCFSC’s annual ice shows, as well as for Lyric Theatre of Oklahoma and throughout Oklahoma City’s Theatre Community.  Chris also danced with the Hartel Dance Group for several years while  founding Spiraling Spaces Artists, which is a collection of unique artists and performers who collaborate to raise funds for local charitable organizations.

Chris’ private lesson students will learn strong skating skills, proper body alignment that is correct for both skating and dance, music interpretation, rhythm, and jump/spin technique from the beginning levels through Golds and Professional.  His art is his business.  He expects his students to find passion in their skating, and he inspires them to be the best athlete and person that they can be!